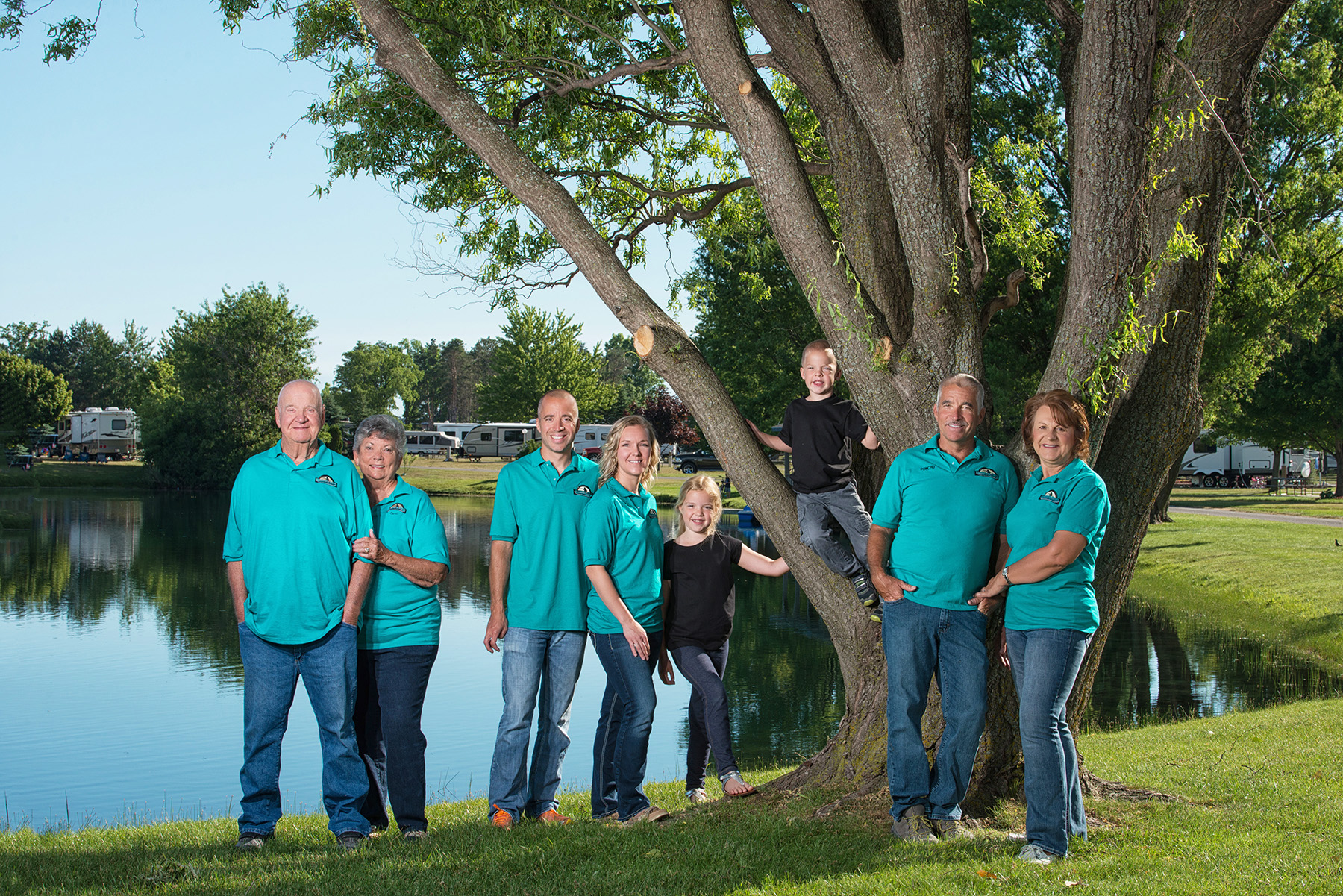 Bob and Carol Smith had a crazy idea. "Why not turn our construction yard into a full hookup RV park before we sell off all the road construction equipment?" In 1986, RVing was not in the realm of camping. It was unheard of, especially in Ludington. But Bob and Carol had been motorhoming for a few years, and saw a need in Ludington, that they felt they could fill. Other business owners told them they were crazy for even thinking an RV park had a place in Ludington. Township board members laughed at them, when they sought approval of plans. But against all adversaries, Bob and Carol did build that park, and on July 1, 1988 Poncho's Pond RV Park was born.

Opening with just 100 sites, one pool, and one bathhouse, that first year wasn't exactly a blockbuster year. However, as word spread about this groundbreaking RV Park, the customers kept coming, and Poncho's kept growing! With a continually growing customer base, and Bob and Carol's desire to "semi-retire", everyday management functions fell to Bob and Carol's son and daughter-in-law, Poncho and Nan.

Under the leadership of Poncho and Nan, Poncho's Pond RV Park was up to 226 full hookup campsites by the year 2000. Over time, additional pools were developed, another bathhouse was built, a fitness center was established, and the planned activity schedules became busier. Woodall's consistently granted Poncho's its highest "5W" rating year after year and by 2007, Poncho's Pond RV Park was ranked in the top 1% of the nation's privately-owned campgrounds, by Trailer Life Magazine. 2007 also saw the addition of Poncho's son and daughter-in-law, Rob and Erica to the family business. Shortly thereafter in 2008, the opportunity presented itself for Poncho's Pond to once again expand, with the purchase of an adjacent piece of property making way for a potential 50 additional full hookup campsites and five rental "Haciendas".

In present day, Poncho's Pond RV Park prides itself on superior customer service, park and facility cleanliness, and fantastic entertainment. Poncho's Pond is Ludington's original full hookup RV park, making way for others to follow suit, but never to match. We want every camper that stays with us to truly experience "Camping at its Best!"